There appears to be a new beef brewing in the NBA.

Banchero responded by saying that Murry had unfollowed him on Instagram for whatever reason.

“lol unfollwed me on the gram n everything it must be personal huh? that’s fine just make sure u guard up next time n stop sending doubles family”

Murray fired back on Instagram by saying that Banchero had tried to flex on him.

You tried to flext that #1 pick s*** on me when I been rooting for you when was a kid asking to rebound for me, don’t get on this Internet saying nothing…You changed from the humble kid you always was an I stand on real sh** boy, and you know you made it and changed and I lost all respect. 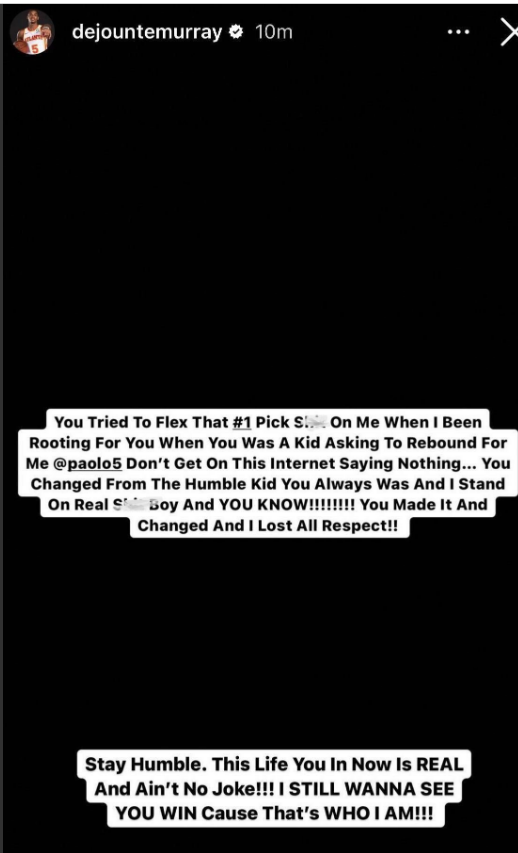