Longtime Oklahoma Sooners football assistant Cale Gundy shocked the college football world on Monday when he announced via a statement that he was resigning from the team after reading aloud a ‘shameful’ word off a player’s iPad during a film session.

“One particular word that I should have never — under any circumstance — have uttered was displayed on that screen."

Cale Gundy, previously the longest tenured assistant coach in the Big 12, it out at Oklahoma.

On Twitter, Gundy’s daughter blasted Oklahoma head coach Brent Venables for telling the players to not speak the turh on why her father resigned. 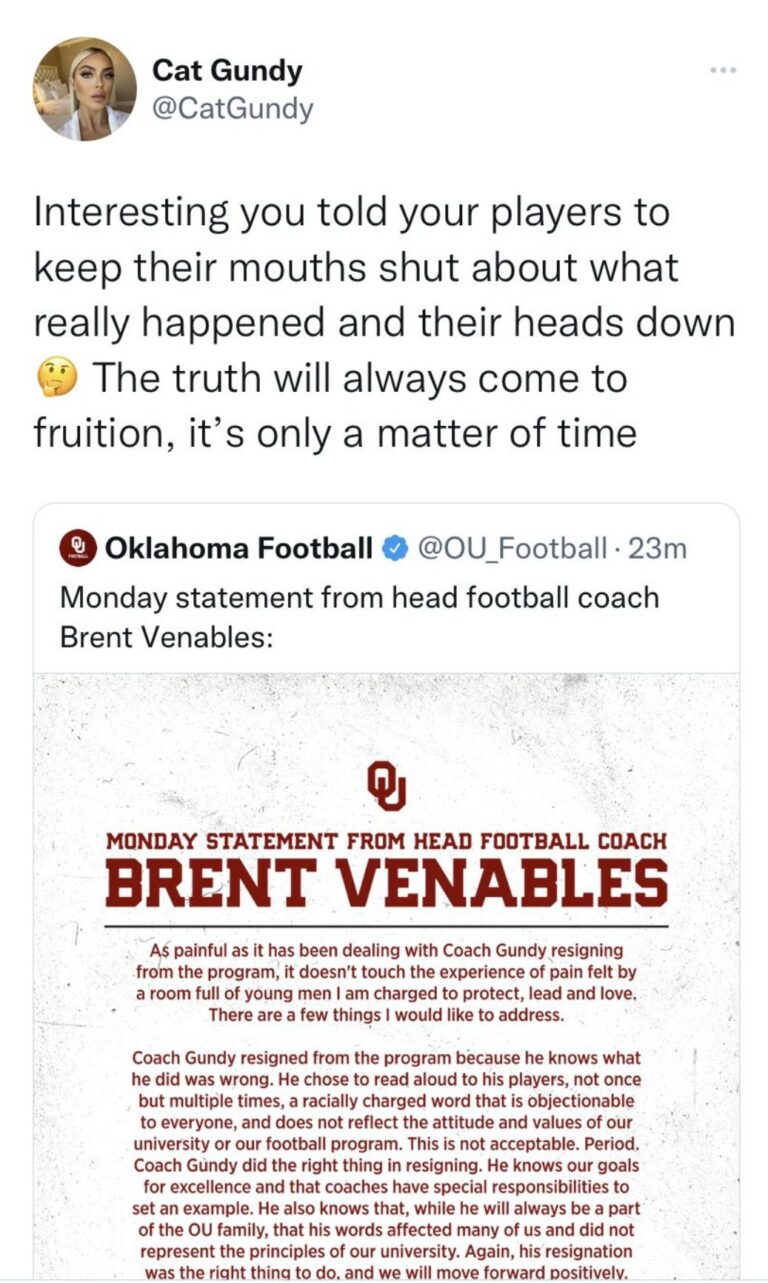 “Interesting, you told your players to keep their mouths shut about what really happened and their heads down (thinking emoji) The truth will always come to fruition, it’s only a matter of time.”