The start of the NFL season is just around the corner and Joe Buck is getting his hair just right before his first broadcast at ESPN.

Over the summer, Buck signed a massive five-year contract with ESPN worth between $60 million and $75 million according to Andrew Marchand of the NY Post.

Weeks before the start of the season, Buck went and got surgery to get a new set of hair plugs.

“Training camp doesn’t just start for players. New network, newly arranged follicles. Hello ESPN!!! Cannot wait for September 12, and for this green to wash out of my hair. I promise I’ll look normal-ish by week 1. Oh and why four people for one head??? It’s a big head!”

After his surgery, Buck started rocking around a “Peaky Blinders” cut in honor of the show. 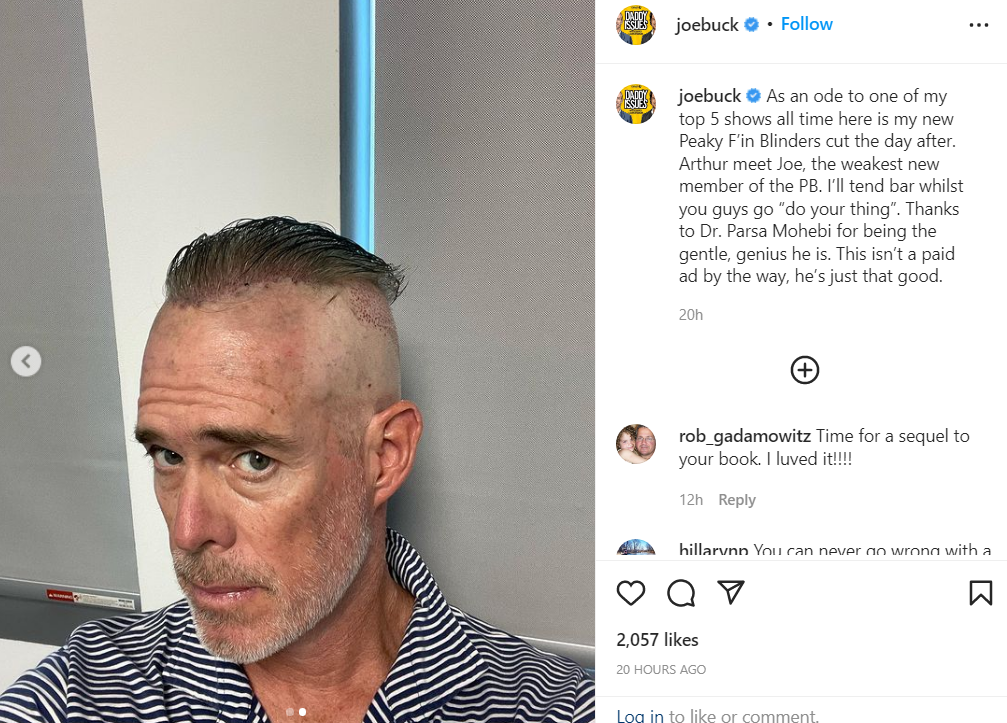 Buck, who has admitted to having several hairplug surgeries throughout the years, is clearly going to be rocking his normal haircut before the start off the season but maybe he should keep the Peaky Blinders cut for a few weeks.

Buck’s first Monday Nigt Football game of the season airs on Sept 12th where he will be calling Broncos-Seahawks alongside Troy Aikman. We’ll have to wait and see what is hair looks like then.