Before the game had Acrisure Stadium in Pittsburgh, ESPN had estimated that 75 percent of the crowd would consist of West Virginia fans. 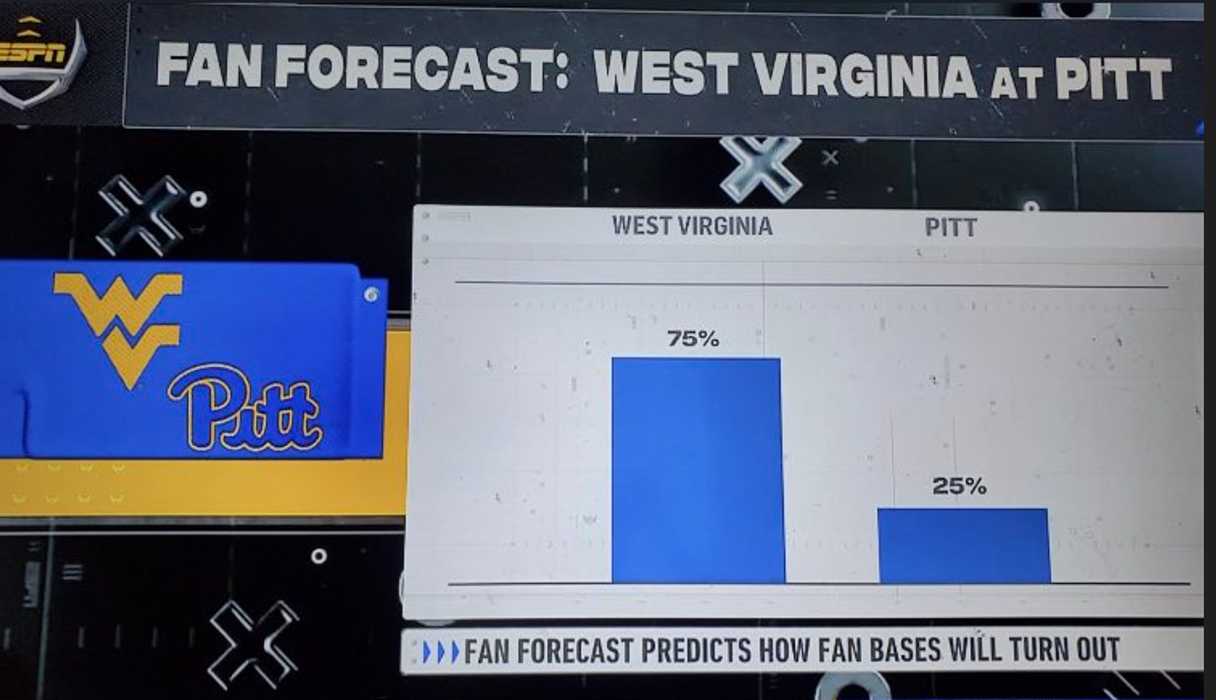 Instead, over 70,000 fans showed up to the game and it was clear a majority of them were Pitt fans.

During his postgame interview on SportsCenter, Narduzzi slammed ESPN for getting the stat wrong.

“I saw some stat that there was gonna be 75 percent West Virginia fans. You guys messed that up on ESPN for sure.”

Pat Narduzzi went into ESPN’s house and stepped all onto their couch pic.twitter.com/SnXuXNqylM

During his postgame press conference, Narduzzi talked about how angry he was with ESPN for spreading “bad facts” about the team’s fans.

“Was real upset the night before with ESPN’s bad facts. They disrespected our fans and our fans showed up.”