There’s plenty of drama going into the Panthers-Browns week one game.

Last week, Myles Garrett reacted to Panthers QB Baker Mayfield allegedly saying that he was going to go ‘F” up the Browns during their game next week. “We’ll take it and we’ll use it, and I’m hoping for a great matchup” said Garrett in response to Mayfield’s alleged comment.

Mayfield has since denied making the “I’m gonna F them up” comment but is now trolling the Browns with some custom Baker Mayfield shirts.

On Friday, Baker promoted several “off the leash shirts taking a shot at the Browns for apparently keeping him on a leash like a dog during his time in Cleveland.

They’re here. The ONLY officially licensed shirts out there https://t.co/hrjzFNPhxc 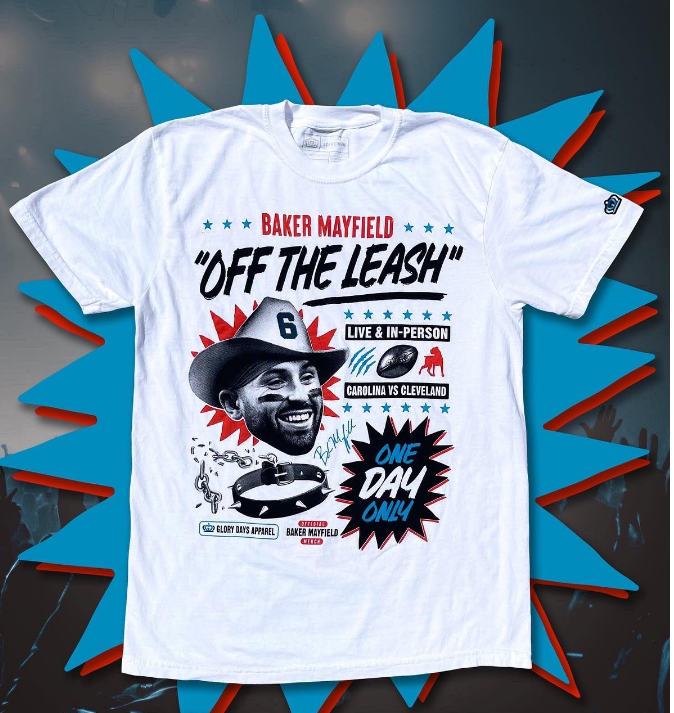 The “Off The Leash” shirts immediately flew off the shelves and sold out in a matter of hours, and fans had interesting reactions to Mayfield taking a shot at the Browns with his new shirt.

This officially does it for me 😂 Baker making a shirt signaling he was on a leash in Cleveland is next level petty. He can’t help himself https://t.co/vdRcFHuHi4

Last time you were off the leash you had 22 TDs and 21 INTs https://t.co/PNHltZPFb8

The whole defense gotta wear these under their pads https://t.co/dzxaZGLu0L

This man is just asking to get popped in the mouth https://t.co/tuobYr5hO5

The Browns-Panthers game will be a must-watch with all the drama surrounding it. Hopefully, Baker wins because he’ll never hear the end of it he if loses to the Browns in the first game of the season.