It must be a little bit awkward for former NFL tight end Tony Gonzalez to work for Jeff Bezos.

On Sunday, Bezos went to the Amazon Prime Thursday Night Football game at Arrowhead Stadium with his girlfriend Lauren Sanchez. 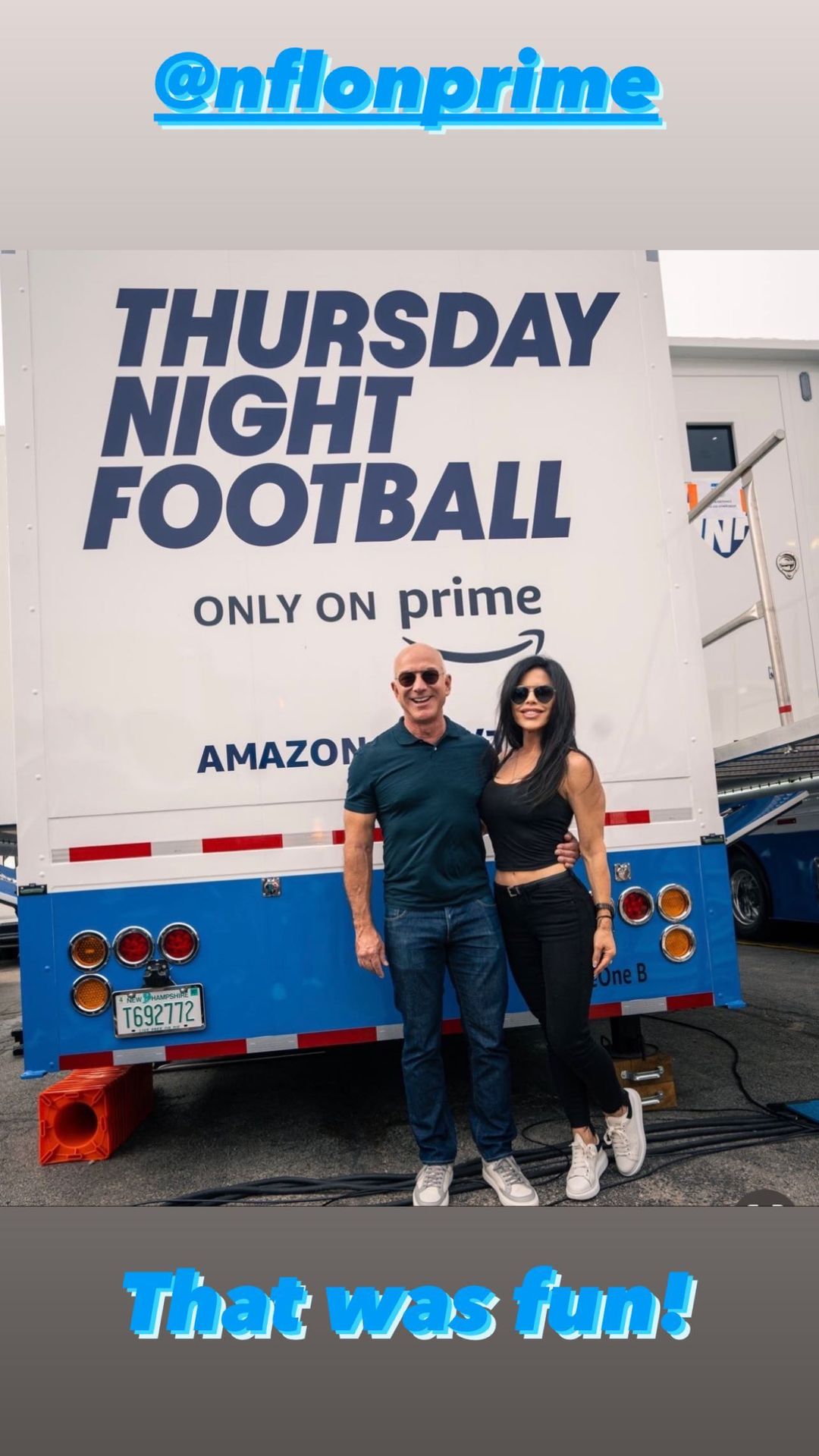 For those that don’t know, Gonzalez used to date Sanchez, and the two share a 21-year-old son.

Gonzalez, who now works as a commentator for the Amazon Prime Thursday Night Football package, took a picture with Bezos and Sanchez at the game.

Jeff Bezos' girlfriend Lauren Sanchez spent Thursday night cheering on her baby daddy, Tony Gonzalez, during his Amazon Prime debut. This is why you should try to get along with your ex. You never know when she'll date a billionaire: https://t.co/j2hq8NcQYY

As for Gonzalez, he seemed to impress fans with his level-headed analysis.

Tony Gonzalez, Richard Sherman, talking well of Trey Lance like actual analysts who understand what they are seeing…. Not just spewing BS out of their mouth.